What makes a home a home? Where is your home?

As I begin to type this, five Brazilian movers are currently carrying all of our boxed-up belongings into giant crates. As strange as this may sound, I feel a certain sense of relief that everything is now gone and all we have to worry about for the next several weeks are our three suitcases (though I am sure that living out of suitcases will get old very quickly!). But we have been living in an odd state of limbo, with our belongings separated into different rooms according to the shipment they will be packed into. I had begun “taking apart” our home about a month ago — I am definitely not a procrastinator by nature! The last task was to remove the decals from the nursery’s walls, which I did yesterday while the movers started packing us up. Perched on a ladder, scraping along with a razor blade and listening to A1 streaming over the internet, I was feeling a sense of accomplishment. Soon, the packing would all be over. And then, suddenly, I began to cry.

My husband and I have moved many, many times—together as a couple and individually. In fact, since I was 10 years old, I have not spent longer than 5 years in any given place. Since 2011, I haven’t lived in a home longer than 2 years. Normally our moves happen in a frenzy, in between two jobs with little time to spare. I approached most new

apartments pragmatically, knowing that I could make it my own with a little effort, but I was never entirely emotionally invested in them. When we left our tiny basement apartment in D.C. to move to Brazil, I was a bit nostalgic and lingered on the sidewalk in Mt. Pleasant for a moment. This was the first apartment my husband and I shared together and where we began our marriage. But I didn’t cry. Instead I turned and squeezed myself into the packed taxi; I was five months pregnant at the time and knew we were quickly outgrowing this home.

When we arrived in Brazil, it certainly took a long time to become “settled”. Our belongings didn’t arrive until three months after we did. The furniture we have in our apartment is mostly embassy-owned. And we are limited in terms of how much decorating we can do to the spaces. But the one room that we did invest time and energy into was our son’s nursery. We hand-picked the furniture, painted the walls, put up travel-themed decals and decorations. And then in January 2016, it became filled with life and finally became “home” to our tiny baby boy—and to us. The room holds so many memories for me now and all of them flooded my mind as I was stripping the walls of a world map and of the Dr. Suess quote “Oh, the places you’ll go …”. This is where we became a family. This is home. Or was home … now, the room is entirely bare except for his (embassy-owned) crib and one stiff (embassy-owned) armchair.

So what makes a home a home? What makes one home more difficult to leave than another? How many homes can one person have? Can you make a home mobile, can you take it with you to different places and recreate it over and over, like we will try to do? What about those people who aren’t lucky enough to choose their home, who are forced to stay somewhere they don’t want to be–or leave somewhere they love? Or maybe a home isn’t even a location, but something else entirely—a community, a language, a feeling?

I don’t hesitate to answer that West Virginia is my home when people ask me. But I have also had many homes there; I suppose the place which has remained constant and that I now always return to is the tiny lake community where my aunt and uncle live. That is also where I will be spending a good amount of time in between Brazil and our next post in Mozambique. Yet, increasingly so, home is more about people for me rather than a place. I feel at home with my husband and my baby, with my family in the States, with some of my closest friends. But I think I got so emotional during this move because it is the first home my son has ever known.

But what will my son answer later when people ask him where home is?

This very question came up when we were talking with our friends’ 10 year-old daughter a few months ago. You could tell she had been asked this question before and had spent some time thinking about it. Her mother is Brazilian, her father Mexican-American and she grew up in the Foreign Service. “I am from South Africa,” she answered. It turns out that she was born in Pretoria when her parents were posted in Maputo, Mozambique. “But my home” she continued, “is in Delaware.” What is in Delaware, we asked. She replied, “My grandparents. That is where we go when we return to the U.S.” I found this exchange fascinating, especially since I knew her as a girl who can dance a mad samba, is completely bilingual in Portuguese and English and has spent the past several years in Brazil. But I was even more amazed that she could articulate her reasoning when pressed with more questions about her complex identity. It was an eye-opening moment for me and my first real taste of the Third Culture Kids (TCK) phenomenon (Condé Nast just ran an excellent piece on TCKs).

I know that countless books have been written on the concept of home and belonging. In fact, I know several friends who have written their dissertations on these topics. I have thought about the time I spent growing up in Germany, and what that means for my identity. But I know what our son is experiencing and will continue to experience is another phenomenon; my husband and I both have roots in W.V. and have physical homes to which we return again and again and which are filled with memories and family histories. 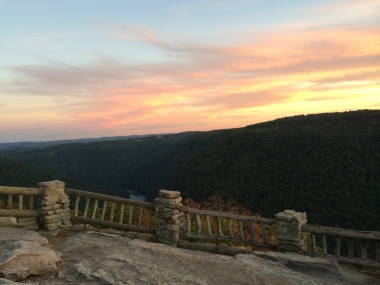 4 thoughts on “What makes a home a home?”